Aircraft Carrier Museum in Corpus Christi, Texas
The USS Lexington, an Aircraft Carrier Museum in Corpus Christi, Texas, has dedicated its Engine Room Exhibit to Gary Galiher in recognition of Gary’s work to refurbish old equipment and machinery from the engine rooms of US Navy ships so that this unique aspect of engineering and technology would be preserved.  This exhibit opened in January 2018. The GOG Hawaii Foundation has continued to support the USS Lexington and the Exhibit dedicated to Gary. 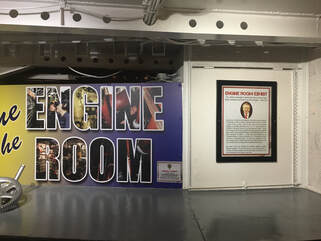 During his legal career, Gary represented hundreds of men who contracted asbestos-related diseases because they were involved in the construction and maintenance of US Navy ships.  He also represented sailors who went to sea on these vessels.  Gary knew it was essential that he understand all that he could about the equipment and machinery that his clients worked on.  Gary believed that the best way to explain these issues to a jury was by having the actual pieces of equipment on which his clients worked.  Gary undertook extensive efforts to find shipboard equipment from the engine rooms of US Navy ships and to refurbish this equipment to museum quality.  The result is the collection of engine room equipment that is now an exhibit on the USS Lexington. 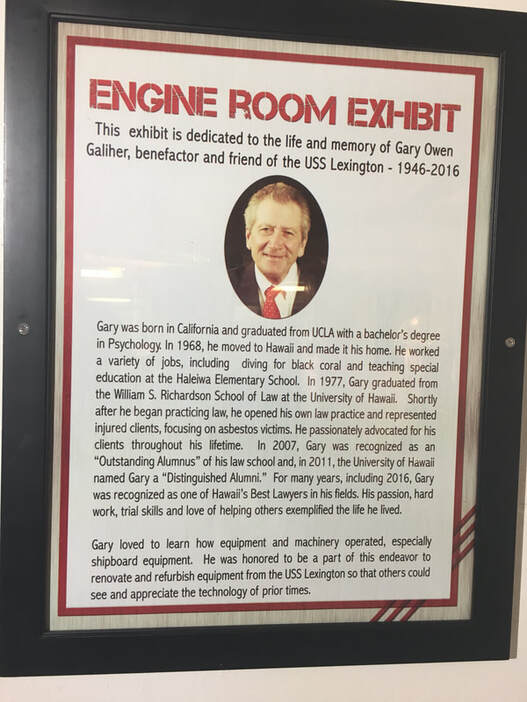 The USS Lexington is a World War II aircraft carrier that played a significant role in the nation’s defense for over 50 years.  Because of her historical significance, the USS Lexington was brought to Corpus Christi, Texas in 1992 and turned into a naval aviation museum and educational facility.  This floating museum preserves an important part of our history and has had over 5 ½ million visitors since it opened in 1992
Equipment In The Engine Room Exhibit 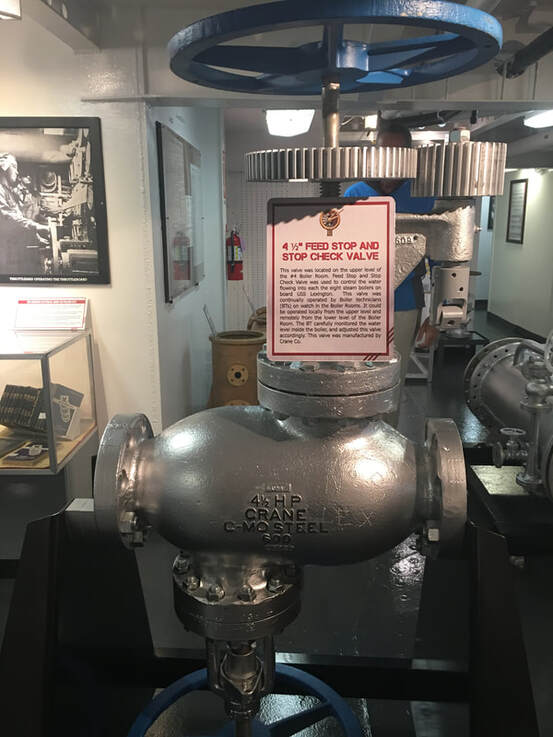